Wayne Robertson joined Braam Malherbe for the DOT Challenge which was to raise awareness about the challenges we face as a species on this planet, climate change, habitat destruction, ocean bio mass depletion etc 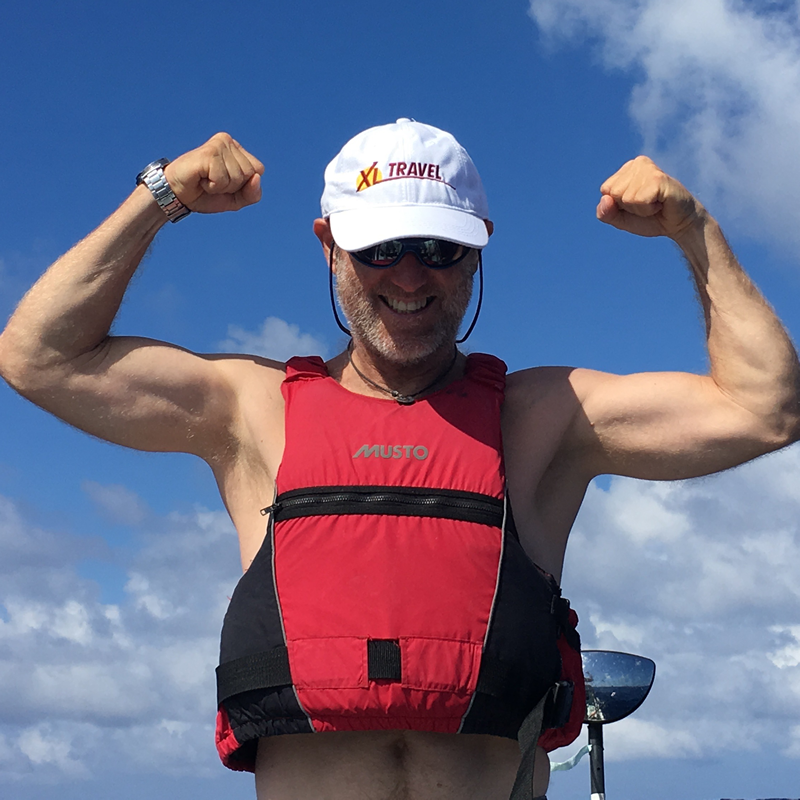 Did we ever feel isolated or alone ? No.
We knew that we were totally isolated from other people, but we never felt alone. As time went on I felt an ever deepening connection to everything around me, especially the people and animals we love, the sea water, and all the life (and lack of) in it in the ocean.

I had some amazing experiences diving with wild pelagic fish who used our hull to hide under and ambush other fish.

We also developed strong relationships with two other fish (Raymond and Spot) who we fed by hand every day for about 5 weeks . They became our pets.

Although we were isolated and often cramped inside the cabin during storms, we were never bored or had nothing to do. There was always something to tackle.

We had a daily routine with the highlight set at noon every day. This was the time when we both stopped rowing and marked our position on the paper chart. Our positions were calculated every 24 hours and used to calculate possible ETA to Brazil while taking into account all weather, wind and sea state conditions. Very exciting. Not so exciting when we got blown backwards for days. 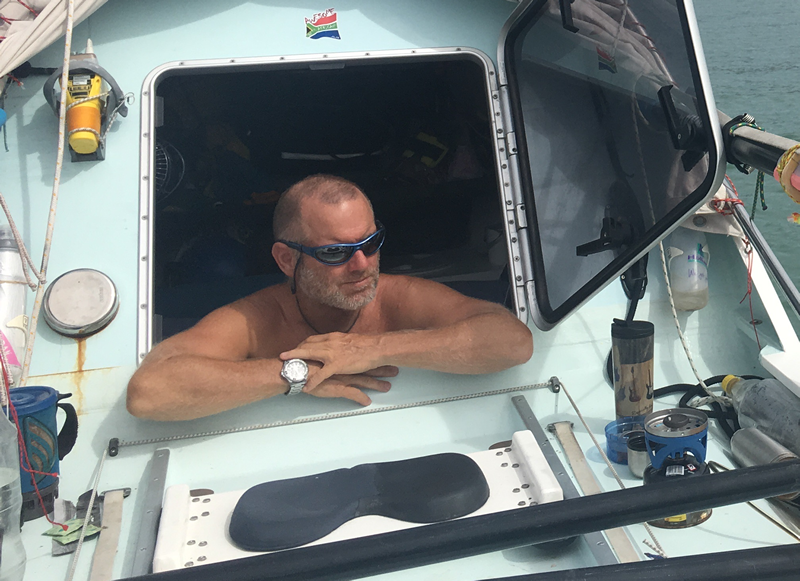 We set goals every day and divided the day up into simple segments between rowing shifts. Tasks that would normally be quick and simple at home or on a larger vessel took a serious amount of planning, co ordination and teamwork between us.

Cooking and preparing meals with a gas burner between your legs in rough seas is not easy. And in the pitch dark is even more challenging. One would have to hold the gas burner while the other held the cooking container and poured boiling water. The challenge was not to set fire to the boat and or not spill boiling water on your ‘nads’ 🙂

Injury was not an option. There was no medical support other than first aid.

Spending time in isolation like we are doing now should be seen as a time for people to pause and think and rethink our past and our futures.

We know that the old normal is not going to be like the new normal.

Slipper Week with Reach for a Dream

Water You Know with Cape Aqua