Well, where does one start. 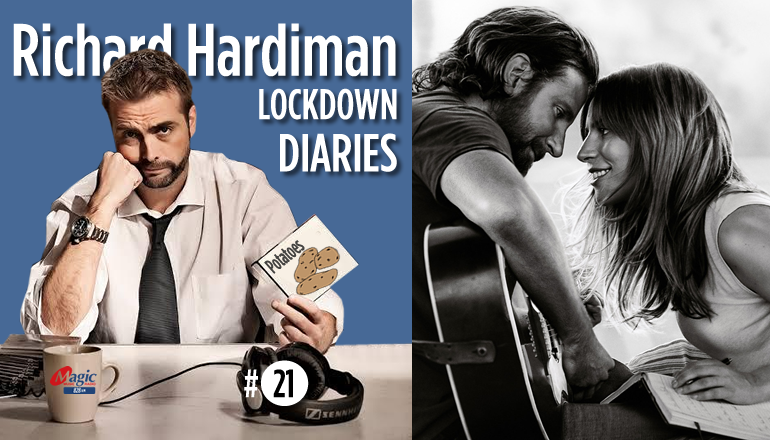 As far as homemade alcohol goes, we seem to have hit the jackpot! As far as hangovers go, I feel like my 17 year old self, the morning after my first night out at Naughty’s or Tinroof; I’ll be honest it’s pretty hard to move at all at the moment…I did my first zoom meeting under the covers with the camera off; I tried not to speak but when I did the duvet cover kept muffling my mic and I had to speak louder…bloody hell the pain! Cape Town may experience another drought with the amount of water I have consumed this morning.

The hangover is akin to the one that Gold sambuca (remember those cool flakes – totally high class!) used to leave you with back in the 90’s; basically, the boulevard of broken dreams the morning after.

The wife told Poppie, the sister-in-law and myself to go easy, but by the time we were onto the second round, the music was on and Kenny Rogers was telling “us when to hold ‘em / when to fold ‘em”. I nearly called it after two shots but when the “A Star is Born” sound track came on, well that was me…”Raymonds Revenge” was in full flow and I was “Jackson Maine” both in voice and in inebriation. Well, kinda…

I must have done some heavy Whatsapp-ing mid-session as my phone is lit up with at least 25 notifications waiting my review – I am dreading looking to be honest; I vaguely remember chatting to Dazza across the road and telling him of our newly produced “tonic” and him placing an order?

After a pint or two of black coffee and two rather stale hot cross buns I opened up Whatsapp; my worst fears confirmed. From the typical telling family members that we will get through this together and that I love and missed them, to hitting up mates that I hadn’t talked to in years saying we must braai when this is all over…to the very cringy Whatsapping of Poppies ex-girlfriend and telling her that he’s actually an okay bloke and worth a second try and really still loves her…3 messages sent, all blue ticks, no reply – deleted in the hope it also deletes on her phone.

My worst however is my posting on to the Neighbourhood WhatsApp Group…I have deleted it now hoping that not everybody had checked their phones yet on a Monday morning…I am dying with embarrassment as I write this now Dear Diary but I need to look at it and learn in the cold light of day!

YOU: “Does anybody else feel Mrs. B’s cat is better off in the wild? Who’s with me!?”

There was zero response, even though Dazza told me later he and the missus had already read it…so I am presuming they weren’t the only ones. Maybe Mrs. B didn’t get to it in time as she would only be out of bed at 11am, surely?

As it turns out Dazza and I did have a very LONG chat about supplying him with Raymond’s Revenge. Dazza has connections in the neighbourhood with people who are running dry and would pay top dollar for some moonshine right now. I had committed (in my admittedly very drunk but exuberant state) to 30 liters a week for the foreseeable lock down future…150 bucks a liter and he will act as the fence.

Again, in the cold light of day Dear Diary, this is going to be a hard one to get passed the wife; internal use is one thing but running a full-on Dukes of Hazard moonshine setup is on a totally different level. I need to come up with a sound argument both to prove the extra money would be useful while at the same time one that mitigates the problem of breaking the law; one oke last week was arrested for just having a case of beers in the back of his bakkie; can you imagine if we got busted for selling high volume homemade alcohol from the back of garden?

And it would seem my problems have only started – apparently, I wasn’t the only one who was on the phone last night; Poppie just forwarded me a message from one of his mates at the Golf Club asking for a litre…Cassie also has a few pals who may be in for a “case or two”?! The SiL who is actually a high-end banker (as well as taking the role of Lady Gaga on the Star is Born Soundtrack for most of our karaoke sessions) also has a couple of clients asking where they may get a few bottles – at least with her clients we can up the asking price – they have the cash.

I am signing off now dear Diary; what was meant to be a quiet plan to increase the immediate drinking stocks in our household has now become the focal point of all local functioning alcoholics; this does not bode well.

Birthday week has descended on the house! It’s like spring break but instead of teenagers in bikinis consuming copious amounts of alcohol, we have 4 kids under 12 consuming as much chocolate fondant and strawberry frosting as humanely possible – then dealing with the comedown for the next 5 hours; it’s a good window into what the teenage years are going to be like. 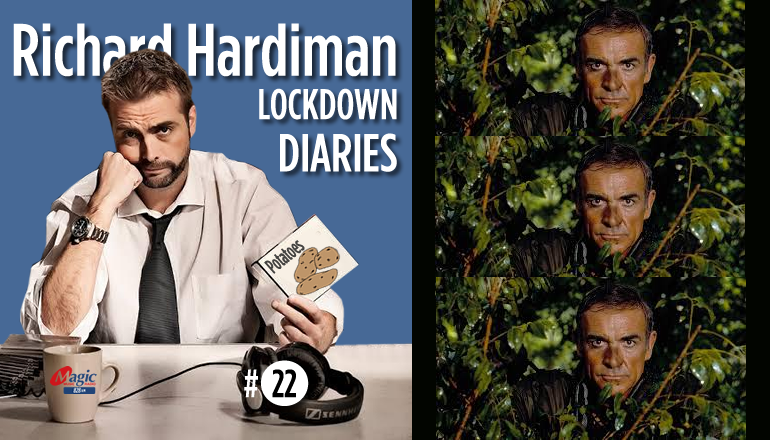 I have been trying to help with the baking of cakes as we have three cakes to make this week and all for adults – yesterday we (4 kids, one dog and an inept Dad) made the sister-in-law’s bright strawberry pink creation – single tier, appropriate candle numbers and decorations. I must confess it was somewhat of a triumph to all. It helped that I had bought nearly everything premade (Checkers cake sponge for the win) and “just add butter” icing – literally I have no idea what these Master Chef types are whining about…

I can readily confirm that I don’t like it, the wife can’t stand it and the kids have threatened to leave the house several times based on its very existence; tempting to let them go right now. In one such melt down middle child decided he had had enough of being told what to do for school and told us he was moving out. We found him an hour later on the balcony with his sleeping bag, two Horrid Henry books and an apple…the only reason we knew where he had gone was because he had to shout loudly through the glass door to get my attention…he had forgotten the WiFi password and wasn’t able to access TikTok on his iPad; not sure how long he would last in the wild to tell the truth.

We are trying (like every other parent in SA right now) to do the right thing but my word Dear Diary its hard; I use technology everyday but I have no idea what class needs to be done on what app, what is prerecorded, what is live or what a ruddy “Bond Tree” is! My youngest asked me this yesterday and desperate to retain some air of “clever adult”, I told him a story of how Sean Connery once planted an olive tree in his garden when he got the role of James Bond back in the 70’s and ever since then every actor that has played Bond plants his own; I even went with how Daniel Craig went in a more citrus-type direction has he was quite concerned with his health and eating more fruit (a little lesson there for number 3 in the litter). I ended the tale with a flourish and all-knowing “and this my son is known as a Bond tree…”

I had hoped that my made-up but very eloquent story may satisfy number 3 and let me get back to trying to understand my accountants complex excel spread sheet formulas; I gave my wife a knowing “got him” wink, but then saw she was looking at me with her mouth wide open just staring. Turns out a bond tree is how the new kids do addition and subtraction; it’s math and nothing to do with trees at all apparently.

To add insult to injury the youngest then asked loudly (and I quote) “who the heck was James Blonde and why was he so into gardening? These kids need some real education! What kind of school are we sending them to?

The moonshine run is about to kick off this evening. When I told my wife about the new impending sideline of cash coming our way she was surprisingly up for it. It seems as though she is getting the same kind of kick she would normally do out of baking as she is now making illegal hooch for the neighbourhood…except now there is cash involved. It’s funny but you never really know someone until you are hunkered down for 2 months and nowhere else to go…

Cassie, Poppie’s rightwing WhatsApp mate from the Gold Club has ordered a case, Dazza reckons he can shift 10 litres tonight and the sister-in-law’s top clients has asked for two bottles. Right now manufacturing is going at quite a pace – we are possibly the only people going into Pick ‘n Pay right now and buying nothing but potatoes and red food colouring…oddly in these strange times nobody is batting an eyelid!

Containers have been our main battle; fortunately the wife went all hipster last year and we have an oversupply of “Mason Jars.” These were previously known as “jam jars” to the rest of us but then it seems that some millennial twat somewhere in the world decided to teach us all a “life hack” and “curate” their own glassware for home using old pickle jars…now we are all supposed to call them Mason Jars and drink out of them using a stripy-straw. Anyway, we have a ton of the things. Initially told Dazza that we would offer R5 back on every empty that was returned – it works in the Shabeen’s and this Pinelands distillery needs its containers right now!

Have put Number 1 son on bottle cleaning duty, which requires making sure the dishwasher is always full of old jars, new labels are being written and lids fitted properly. Right now it’s all hands on deck in the compound; there is an alcohol shortage and the people need quenching!

One slight problem is the fact that Mrs. B has been overly noisy with her binoculars of late; I watched her track Poppie each time he went out to the shed yesterday; the last thing we need is to be busted by the B’ster at this stage!