Dear Diary, Happy April Fools Day…although I am sure we are not allowed to do any pranks today as the world is all very serious at the moment… 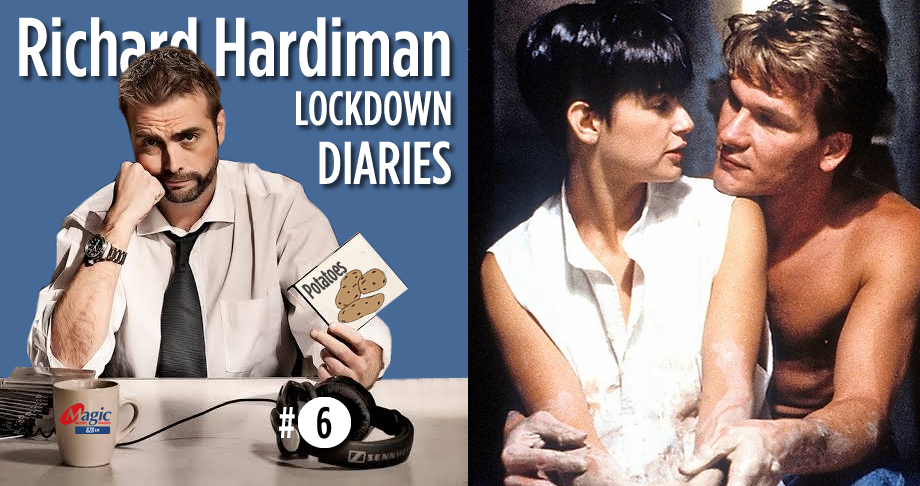 This didn’t stop my kids though; the middle of the litter decided to hide everyones electronic devices as a joke…which of course in the middle of a lockdown is like removing Charlie Sheen’s coke dealers number from his phone mid-binge. I woke up to an almighty shouting fest over iPads been “stolen”, “you had no right!” and “if it’s broken I am going to smash you!”…and that was just the wife. The other kids were equally put out.

It has now progressed into number 1 and number 2 putting clingfilm (not very quietly I may add) over the toilet bowels…heard #1 say that he needed to clean it first otherwise he wasn’t touching it…which may well be the first time he has reached for bleach and a cloth in his life…I am now hoping he “pranks” all the bathrooms.

Skipping the online workout this am, to be honest I have not felt so sore since the time…actually I cannot think of a time…my arms do not work and I am pretty sure I used to have legs…today will be my rest day (I do realize I have only done one workout so far but you need to ease into this things slowly…believe me with the lockdown I have time!).

I got up (gingerly) after the wife. She still hasn’t spoken to me.
My plan today is to head out to Woolies and replace the easter eggs…this should cheer her up?

She is under a ton of stress at present; homeschooling the litter is no joke and clearly taking its toll…each one needs constant supervision, and management and since another fishing trawler or whatever ran over one of the internet lines on the west coast, the internet is patchy at best! Not sure SA was made for online schooling; either no electricity or no internet!

I don’t buy the story that internet line is broken again – I think its all these “heres 20 tricks to keep your kids entertained” lockdown updates and emails being sent every 10 seconds…I mean calm down “Karen” I don’t need your online video on how to turn an avocado into a fresh set of child friendly Encyclopedias!!!

Yesterdays “almost religion conversion” did get me thinking though…what are the Jehovahs Witnesses doing at the moment with lockdown? Do they randomly pitch up in your Zoom meetings with online copy of the “Watchtower” fo sale??

I need to head to the shops. I don’t have a permission letter or anything and I am not sure what life outside the “compound” is like lately? I know only one of us can go in the car and as my father in-law is taking zero responsibility for the Easter Egg fiasco, its up to me.

Potato update:
You will remember that my father-in-law ended up taking far too many potatoes from my wife stash to fuel our new vodka distillery – I need to replace them and fast. I admire his enthusiasm but we cant blow the operation like this. I needed to return most of them before she finds out.

I waited until the wife was taking the kids through the home schooling they had to do today…as a teacher she takes it very seriously…yesterday I had to sit through an hour of “assembly” in the “school hall” (braai room) where the “Grade 2 choir” sang their rendition of “Somewhere over the rainbow”…I say the Grade 2 choir but it was really just son number one singing solo and unaccompanied; it was excruciating. He cant sing; still the assembly lesson on anti-bullying and how our homeschool plans to deal with it was quite insightful…I applauded the part about the bringing back of corporal punishment was suggested.

Anyways, while she was patiently shouting at the kids…I snuck back into the kitchen with the father-in-laws ill gotten gains and put most of them back…but kept some for ourselves to feed the vat!

The dog didn’t help…its taken to hating me for the Governments No Walks policy…the moment I opened the Veg cupboard she started barking loudly! Snitch.

Update: Shopping trip
Its very eery out on the streets – like no one! It’s quieter than an R Kelly concert.

I was stopped once by some army guys on the way over…I don’t care what you say but when a bunch of guys in a Ratel with guns ask you to wind down your window you start sweating. I know I had done nothing wrong other than eat a few stolen easter eggs but I started stammering, shaking and trying to make polite conversation like “must be nice to actually be doing something” and “my father-in-law was in the army but he actually saw some action…” No idea why I said any of this…Sergeant Dube seemed to have even less of an idea, checked my licensed and waved me on very quickly.

Woolies was a nightmare – everyone from the neighborhood was there – it was like a reunion – I swear some of them were out to buy milk just so they could leave the house. We were all washed down with sanitizer at the door and let in one-by-one.

I forgot my bloody mask! Wont do that again! It wasn’t so much the worry of Corina virus but rather the social stigma of people pointing and tut tutting…it was like I was I was Demi Moore in the Scarlet Letter! (albeit a slightly tubbier and hairier version…loved her in Ghost; pottery has never been the same)

Made it home safely. Total haul.

Update on the cat!

It’s not all good news Dear diary but at least he has been found…I got home after the shopping expedition and took the new potatoes (and the illicit ones) out to the shed before the wife could see me.

I opened the door and there was Raymond!

He was MUCH thinner than when I saw him last. Quickly worked out that Joseph was last here on the Sunday that Ramaphosa first told us we were being incarcerated? Joseph hasn’t been back since (we are still paying him!) and no one has been out here since then either.

Here is my problem dear Diary; Raymond is still in the shed! I fed him (dog food…but I crushed it up a little) and gave him water but I need to decide what to do next.

Heres the dilemma; I cant tell my wife that I found him and where, as that will give away the distillery plans and I cant survive this lockdown thing sober – the distillery needs to remain secret and operational!

I also worry if I let him out now he may not go home and then we lose him again? and then it will be my fault!?? Bloody cat!

I have left him in there with water and a blanket…I need to think this one through. FML.

Youngest came into our room complaining that the monster was back and “was moaning again” outside his window…realized his bedroom is closest to the shed!

The monster is Raymond!Need to sort this out quickly!

Get ready to lose your marbles!