Dear Diary, its like the Pinelands version of Fawlty Towers here.

Wife is talking to me…but not much (a delicate balance) but I will take what I can get right now…lockdown is a marathon not a sprint, I tell myself. 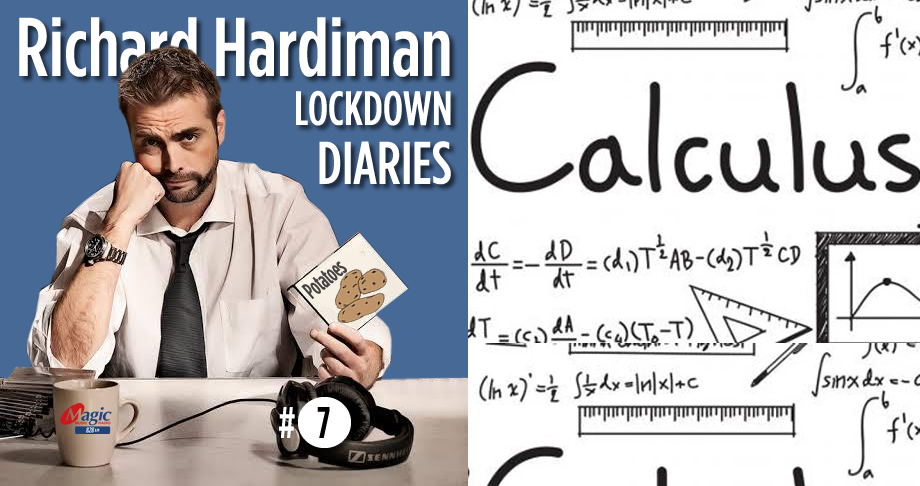 Raymond is haunting my dreams. Now that I know he is safe but also that I am keeping him in lockdown while at the same time I know Mrs. B is fretting about his very existence is all too much!

I am out of CBD oil to manage the anxiety levels and my own (and Josephs but he’s not here) “field of dreams” behind the shed is still too green to even contemplate smoking just yet.

Son number 3 came to me again in the middle of the night to complain about the “monster” noises – told him he was imagining it and that if he went back to bed and didn’t mention it (especially to his mother) I will let him have an early Easter Egg…now that I have stock again.

This stock management thing is insane – the easter eggs and potato issue is one thing but think the Corona virus, as much as it is “bringing us together”, is at the same time creating a deep distrust in our fellow humans!

For instance, I have been watching my father-in-laws alcohol intake (as he is drinking from my stock) and find myself eyeing his every movement, counting his tots and glasses of wine…then doubling my intake to try and stay ahead and get the most out of “my”purchases. At this rate I will booked into rehab quicker than Ben Affleck…although the change in scenery would be nice…although they don’t have alcohol.

Damned if you do…but the race is on Poppie!

I skipped gym again this…not good, but the hangover was heavy and I overslept…how I am managing to get any work done with everything else going on is beyond me…instead I watched Deon Bing update us on the surf situation from his balcony on FB. Felt like I was at the beach instantly and you know with Bingo that all you need is the report to feel like you have done it…worried about that mild offshore in Muzies though…or was it the Komm? Don’t know as I have never surfed either…but I feel informed and thats what he is all about!

We start on the Distillery today.

After Poppie gave the kids a bedtime story on what would be the best rifle and small arms to have when deployed on the border…R1 obviously, as that was ours, but the AK-47 came pretty high up for its effectiveness in the field…number 2 son then explained the best use case for small arms fire, particularly the 9mm…and then promptly fell asleep.

Between my father-in-law and and the litters Fornite obsession I feel we are breeding a gang of mercenaries…but maybe not a bad thing when the apocalypse hits?

Later, Poppie and I went through the plan over half a bottle of Johnny Red (its a lockdown and had to buy in bulk…no time for the good stuff right now) and 3 bottles of “Bings Bru Pale Ale” (side note the surfer also deals in beer now). Updated Poppie on the cat situation – he is allergic which, doesn’t help…but this is a war as Donald Trump told us last week and bone spurs or no bone spurs the enemy of the imminent threat of no alcohol needs to be addressed!

It was Poppies mission, should he choose to accept it (he has no choice), to smuggle the wife’s pressure cooker into the shed, while I will distract the wife by offering to give help her teach the kids in the morning.

My sacrifice is greater…I did standard grade maths and now have to teach an 8 year old the transcendental functions of calculus. Since when did education get so heavy? Surely he should be watching Peppa Pig and drawing crap pictures of Mom (triangle skirt and oversize head) and Dad (always overly rounded)?

So while I settled down to playing assistant teacher for an hour, Poppie headed out to ground zero. He updated me on what happened later but the fact that we made it to this evening is beyond me.

As stealthy and cat-like (pun intended) as he tried to be, we were on a hiding to nothing from the start. Poppie, instead of just “going for a walk” in the garden as agreed, decided that this was the time for his long lost need for method acting to kick in…sadly his character of choice seemed to be Inspector Clouseau ala Peter Sellars.

Instead of putting the pressure cooker nonchalantly in a bag as suggested, Poppie decided that a better disguise was to use one of my long winter coats from my cupboard and hide the pot under this. Obviously dear Diary there are a number of problems with this choice of attack….

I have written this all out as it happened, step by step.

As Poppie strolled through the kitchen looking like a pregnant Grenadier Guard from Buckingham Palace, he loudly told us all that he felt the need “for some fresh air”.

My wife instantly questioned (and why would you not?) the need to wear a full length coat designed for the winters of Europe in 25 degree weather?

Poppie (to his credit but still in character), immediately turned his back to us to hide the fact he was “with child” and declared loudly (again) that he had been feeling unwell last night and while he wanted to take in the fresh air of Pinelands at the same time “as an at risk senior citizen he needed to protect his health”.

Firstly, “school” was in session so my wife had no tolerance for anyone in her classroom (dining-room) to speak to her with their back turned…and secondly given the world we live in right now and the fact that we are locked down in a pandemic…now is not the time to make up a fake illness!

Poppie continued, again to his credit, to head to the kitchen door all the while explaining this…but my wife was having none of it!

“Stop!” She shouted…which we all we all did, except Poppie who reached for the kitchen door, opened it and quickly step through and closed it quickly behind him, all the while facing away.

There was a very loud CLANG! from outside (Poppie later told me this was him discarding the Pressure cooker over the wall into Mrs B’s) and then Poppie reappeared through the door looking notably thinner.

What Immediately followed dear Diary was the instant quarantining of my Father-in-Law. He is now the spare bedroom and with a tentative case of potential corona virus, identified by a mix of googling and a bunch of moms feedback via”The Village” FB page (thank you “Sandra, mother of six” for your outrage and commentary on the situation).

The rest of the day was spent with me trying to calm my wife as we wiped down the kids with Detol for the third time, sneaking out to the shed (while wife googled “contamination procedures”), to feed a now incredibly miffed Raymond (he knows I know he should be freed) all the while being watched by the dog who clearly knows that Raymond is outside and that I appear to be lavishing attention on some else’s pet!

I went to bed exhausted, planning how I extract the pressure cooker back from Mrs B’s garden (prisoner swap – Raymond for the pot?)…but happy to be a few units up on my alcohol stock…Poppie is on nil by mouth until the Doc FaceTimes him tomorrow.

Via The Grapevine: Win with Bruce Jack Wines